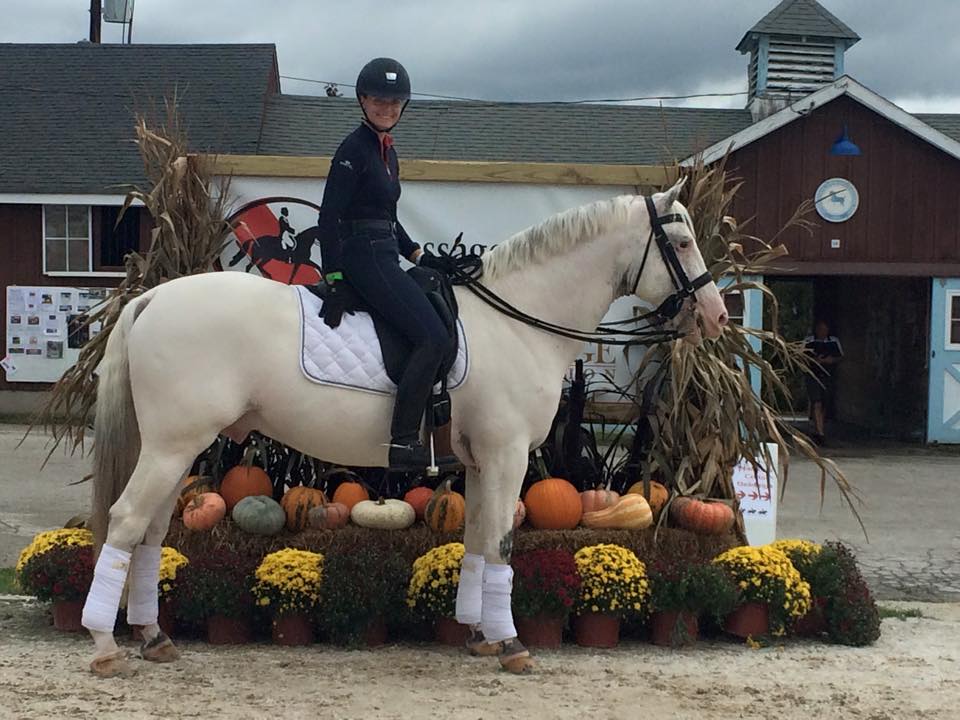 Melyni Worth (Owner) had this to say,

"I really should brag a bit about our boy, Halifax and his trainer /rider Jontelle Forbus. Back last year I concieved of the idea that I would like to attend Dressage at Devon, the USA's most prestigious dressage show as performance competitor not just a breed show competitor.

Halifax at the time was doing 4th level, just! He is only 9 yrs old.

So Jontelle was given the ride with this goal in mind, well in my mind anyway.

And she and Hal succeeded admirably. Hal was 6th in the 4th level TOC on the Thursday night and they were 4th in the 4 th 1 test on Friday night, having to go in horrible conditions and freezing cold rain.

Getting a performance ribbon at DaD is no easy task, the competitors here are the best on the East Coast of the USA and come from everywhere just to ride at this show. The judges are tough and demanding. You have to qualify with sufficiently high scores from the year just to go there.

The classes are full of gorgeous, outstanding beautiful horses, most them International quality and ridden by the best most experienced riders. There were 7 Olympic riders in Hals class!

But he is such a stalwart, solid little guy and such an honest performer he got out there and did his best. And Jontelle made no mistakes and rode him to the best of his ability, and he made it!

It is really an achievement for him and his breed to even qualify and then to place 6th was outstanding.

What a super fella and many, many thanks to Jontelle for all her hard work training and prepping him!" 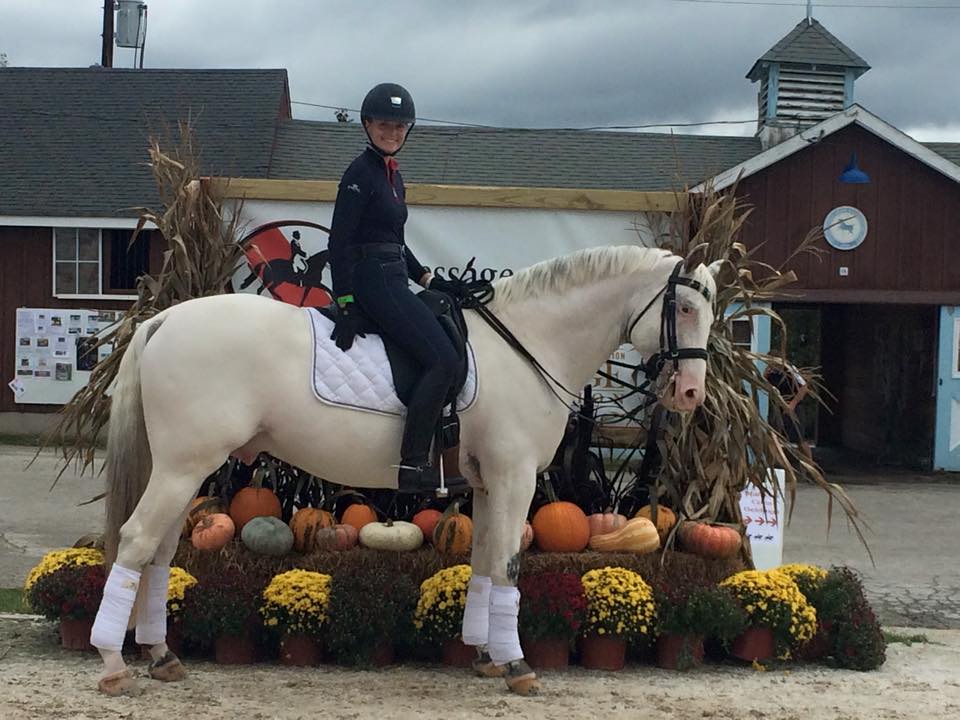 In addition to his performance scores at DaD, Halifax was also the winner (Score 77%) of the Knabstrupper Individual Breed Class at Devon. 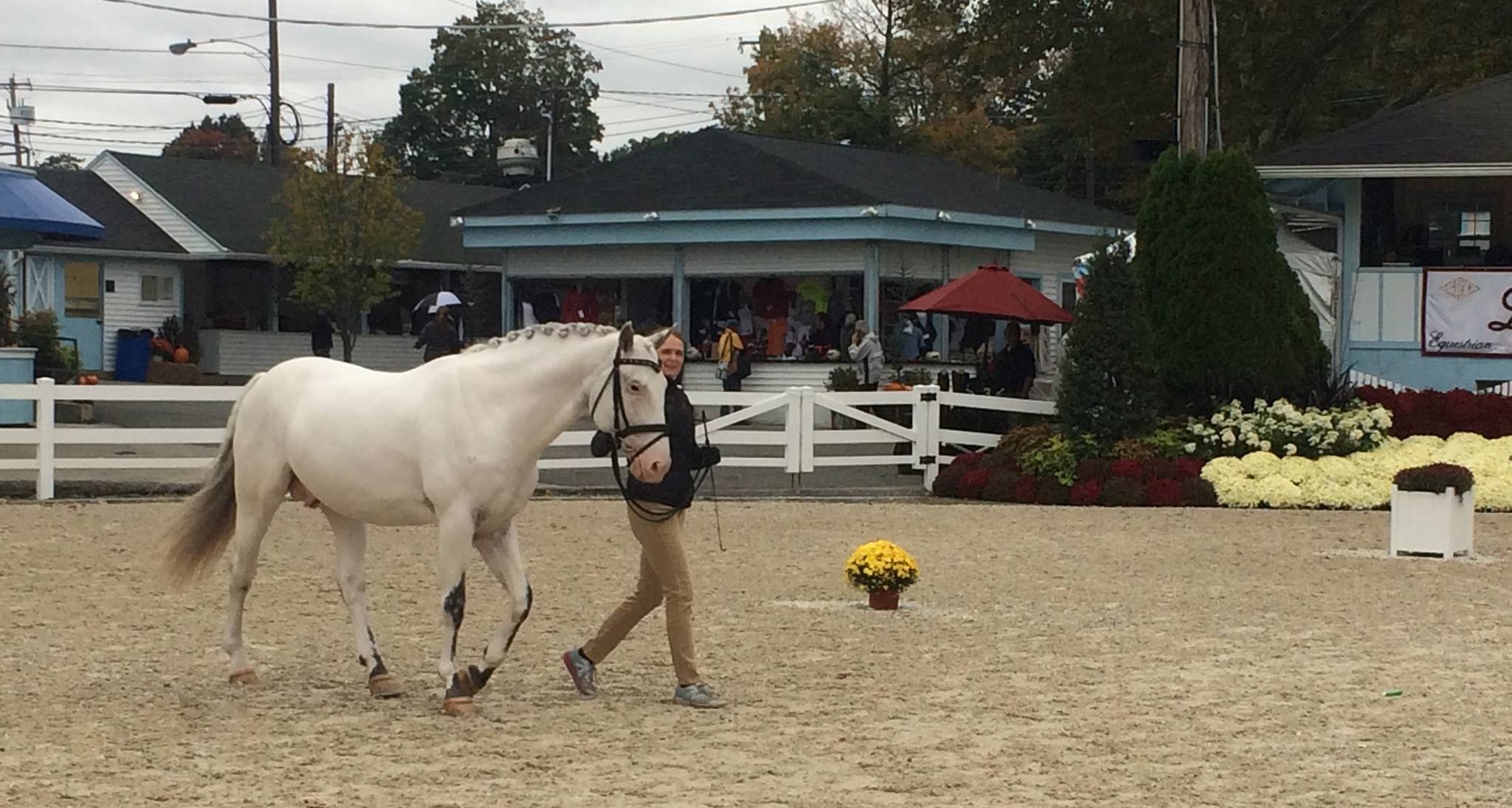 Photo: Halifax in the Dixon Ring for the Individual Breed Class

But, if his own acheivements this year were not enough, during the 2015 KNN Tour going on at about the same time (Oct. 2nd-9th) Halifax recently became the sire of two KNN approved sons-  The Mick (owned by Donna Current) and ASH Orion (owned by Karri Henning/Altamont Sport Horses). 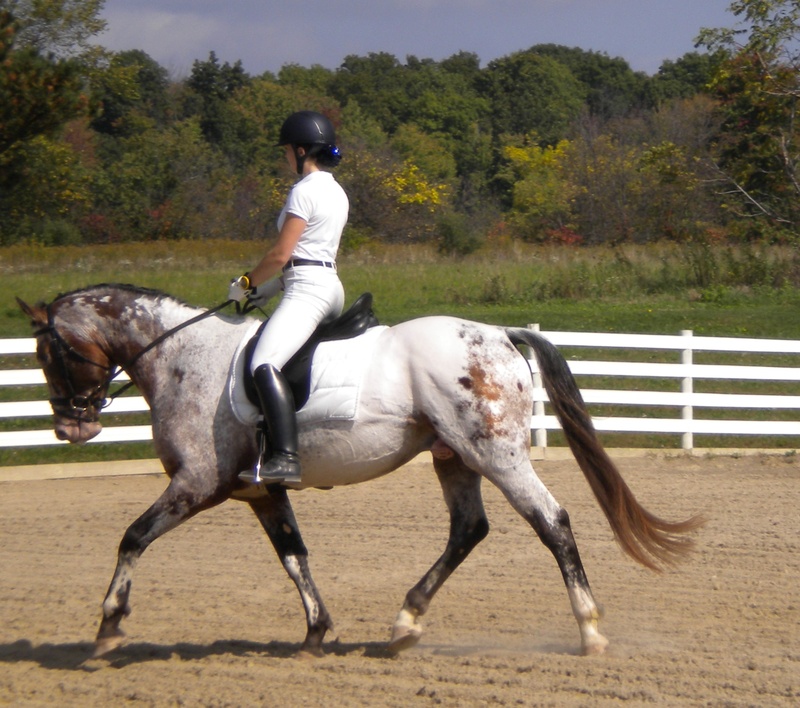 Halifax Middelsom is a fully licensed Stallion with the KNN, having passed his ridden performance test in 2010 and is currently standing at at Cedar Creek Stables (Staunton, VA)- Visit their website for more information.